Grouse estates in Scotland pay out £7m in wages

Great publicity for country sports over the weekend: 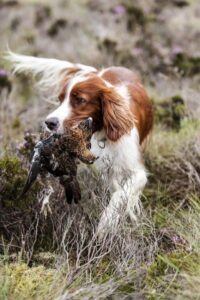 “The grouse shooting industry provides vital work for rural workers, paying out millions of pounds in wages, a survey showed, as gamekeepers marched ahead of the start of the 2016 season. Grouse estates across Scotland reported spending almost £7 million on wages for full and part-time staff in 2015, including seasonal workers such as grouse beaters. The poll of 33 estates was conducted ahead of the Glorious Twelfth, 12 August, which traditionally marks the start of the annual grouse shooting season. Figures were collated from regional moorland groups in Angus, Grampian, Loch Ness, Tomatin, Tayside and Central Scotland, Speyside and the Lammermuirs, totalling £6,864,806.  They said the wage figure for the whole of Scotland would be significantly higher. The survey results were announced as around 300 gamekeepers and families gathered yesterday for a workers’ march and community day at Edzell, Angus. Bruce Cooper, head gamekeeper and member of the Angus Glens Moorland Group, said: “Every year, around 12 August, we listen to organisations pushing their agendas from afar about grouse shooting. Members of the public shouldn’t forget that, all year round, working folk rely on grouse shooting and this way of life to bring up their families and send kids to schools in these communities”.