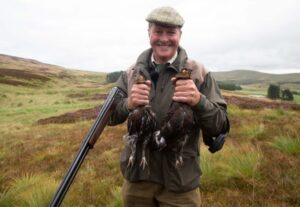 Following a spring which saw snowfall in late April, several moorland estates have revealed they now plan delaying the opening of the grouse season. The death of young grouse in the cold weather has meant that a second brood of birds were born later in the summer – and will not be ready for a few weeks.

Colin Shedden, BASC’s director Scotland, said: “After two reasonably productive years and, for some, record-breaking years, we are now seeing a mixed picture of grouse breeding success across Scotland.

“Weather has been the critical factor, as always, and this has led to some areas being reliant on second broods and possibly having to delay the start of their shooting programme.
“Walked up shooting will be less affected than driven shoots but it is clear that for many, including those visiting Scotland from abroad, the season will start well while others will catch up a few weeks later.
“Grouse shooting in Scotland is justifiably valued for many reasons, such as the sporting challenge, the scenery and the contribution the year-long management makes to wider biodiversity. One of the other reasons is its unpredictability and this season will probably reflect this.”
The Glorious 12th was celebrated by the ‘Gift of Grouse‘ in James Square, Crieff where celebrity chef, Nick Nairn, who is passionate about cooking Scottish game and a keen shot, was on the Square from midday and did a short grouse cooking demonstration from his portable food van before serving up free grouse tasters to the public.
There was also an opportunity to meet the local gamekeepers and moorland workers who were promoting the positive benefits of moorland management and conservation on Scottish estates.